Conservative In Name Only (CINO) — PowerLine Blog Practices ‘Free Speech for Me, But Not for Thee’ 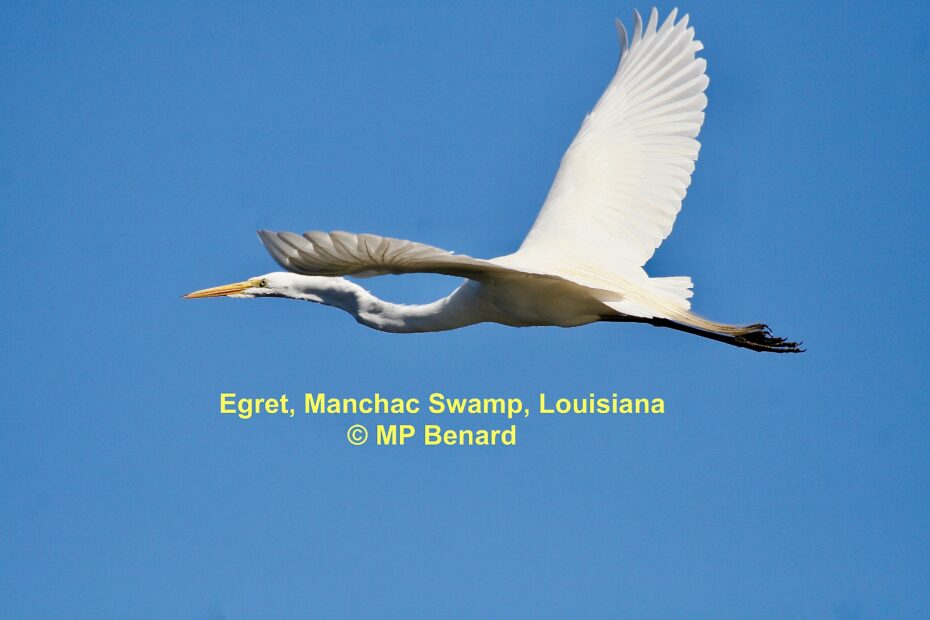 It’s fascinating to watch PowerLine cofounder Scott Johnson shoulder his way into a victim-hero compliment. Narcissistic Johnson is so desperate for attention he poses as a free speech hero fighting the cancel culture.

The reverse is true.  Johnson is the one who cackles to readers:  “I am judge, I am jury, and I am executioner.”

Here is how his scam works.

Johnson starts by recognizing someone else who was banned by Amazon, Google, or Facebook, then he swings the conversation to “just like me.”   Johnson is craven enough to position himself as the banned hero defending free speech — except he isn’t.  He is the one who bans, cancels, blacklists.

For example, Scott Johnson recently wrote a post about Alex Berenson, the award-winning novelist, and former New York Times reporter and foreign correspondent (Iraq – twice), who is a regular guest on Tucker Carlson.

Nota bene:  Among Berenson’s dozen best-selling novels we can recommend The Shadow Patrol.  That will be followed on my reading list by The Prisoner.  He has also written two nonfiction books.

Johnson’s PowerLine post reported on Berenson’s on/off rejection at Amazon — read censorship — of his third pamphlet regarding COVID-19.  The title of his series is “Unreported Truths About COVID-19.”

Johnson’s PowerLine head says it all:  AMAZON VERSUS ALEX BERENSON (& ME).  So he tap dances from a real defender of free speech (Berenson) to himself.  Banned — just like me.  Are we paying attention?

After reviewing Berenson’s travails, Johnson drops his money quote:  “Readers may recall that I had my own small issue with Amazon (more here) when it rejected my review of the Amanda Milius documentary The Plot Against the President….”

See, I’m important too.  Talking about his “struggle with Amazon,” Johnson published not one but two posts on his “own small issue with Amazon.”  It did not sound remotely like Berenson’s blacklisting.

Separate from that, under the headline MEDIA ACCESS, Johnson recounts his “blacklisting” by the Minnesota Department of Health.  In his first sentence, he bleats (emphasis added):

“When KSTP-TV’s Tom Hauser had a complaint or two about the daily press briefings conducted by the Minnesota Department of Health, he took to Twitter earlier this week to unload…. Tom noted somewhere in his tweets that he hasn’t been blacklisted.  I have.”

Got that?  Mister I-me-my — as in I-Scott Johnson — was blacklisted.  He repeated the same sentence in two posts.

Here is the inside joke, I — among others — have been banned [trumpets]  by none other than Scott Wynn Johnson, faux (as in faux-ney) defender of free speech and emotionally needy blogger.

After some back and forth via email to understand what PowerLine “standard” I violated that led to my banning (short answer = none), Johnson’s Dart Mouth barked:  “Looks like I may have banned you because you annoyed me.”

Whoa!  For the colorful details see my post on Origin Story; and this one:  Conservative PowerLine Blob Joins Cancel Culture.

PowerLine readers have raised the issue of hypocrisy many times — see the posts cited above.  Here is another recent one — note the charge and the reply; The last word in the reply is not “analysts,” “But lawyers tend to be ANALists.”  PowerLine readers get it right.

As Tucker Carlson himself said about lawyers generally: “Only a fool lets lawyers make critical decisions anyway.  They are not wise.  If they were, they probably wouldn’t be lawyers.”

A colleague of mine, unfamiliar with Johnson, concluded this:

“The inherent arrogance of [Johnson’s] written guidelines – especially the cautions about disparaging or embarrassing him and his fellow contributors reveals a deep insecurity.  He’s on defense from the get-go.  One wonders why he enters the arena of public political discourse if he has such a thin skin.  Kind of Nixonian.”

Johnson twaddles applesauce in a post titled Our Garbage Media.  The entire post consists of one paragraph — 91 words — of glittering generality with the sole purpose of teeing up another one-minute video on the Washington Free Beacon website where Johnson’s daughter is editor-in-chief.  Well Golly.

More to the point of Garbage Media and much better is a challenge from a reader.  This is another illustration that the best source of thought in PowerLine is not the Lawyers Club but the readers in their comments.

A reader identified as ColderByTheLake had this to say about Johnson’s Garbage Media post.  Note the sentence in the middle, “Why doesn’t PowerLine?” 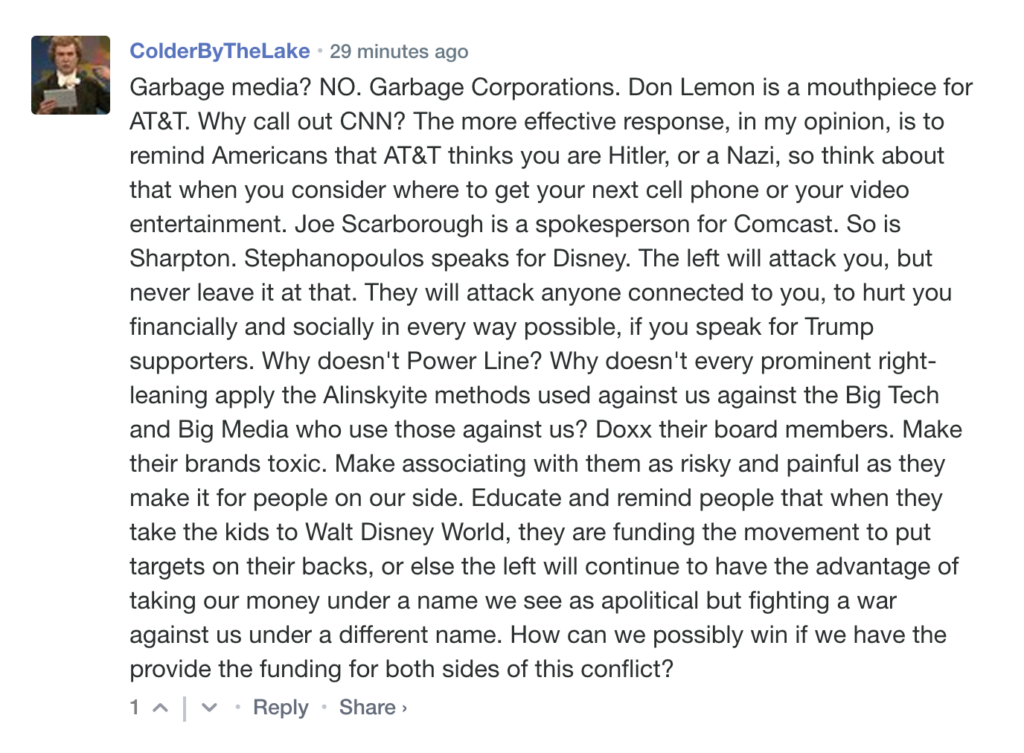 Why doesn’t PowerLine indeed?  Maybe because it, too, is Garbage Media.  Readers put the PowerLine Lawyers Club to shame.