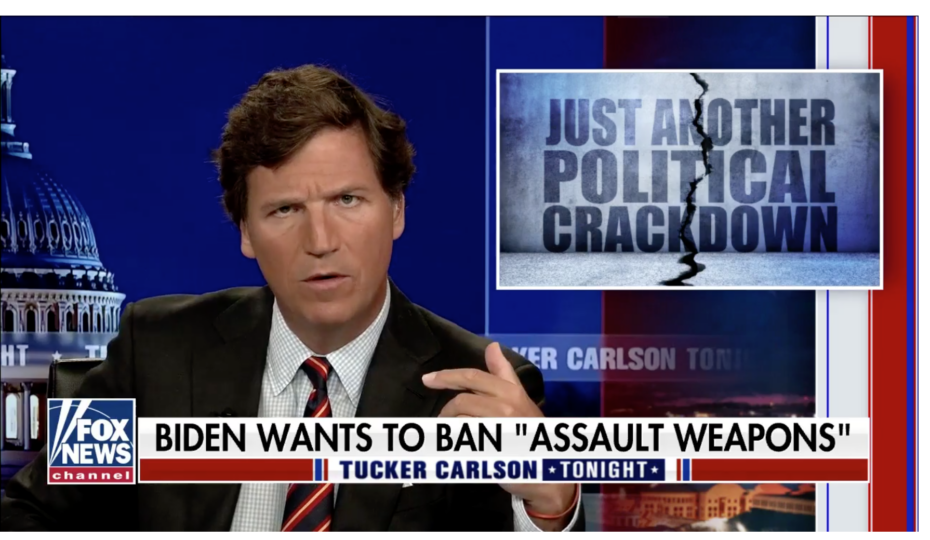 This raises questions as journalists used to say.

For example, what is the origin of the term “assault weapon?”  It is an interesting story.  For liberal activists, “assault weapon” is disinformation, a term the Left loves to invoke.

In 1988, anti-rights activist — Josh Sugarmann founded the Violence Policy Center (VPC).  He continues today in that position at age 61.  Sugarmann declared his intent to deceive the public when he wrote he would use “the public’s confusion over fully automatic machine guns versus semi-automatic” firearms to lobby for more gun control, including bans.

VPC’s original 1988 report by Sugarmann, Assault Weapons and Accessories in America, was updated in 2015 and states bluntly:  “Assault weapons… are a new topic. The weapons’ menacing looks, coupled with the public’s confusion over fully automatic machine guns  …. anything that looks like a machine gun is assumed to be a machine gun – [This confusion] can only increase the chance of public support for restrictions on these weapons.”

So the term “assault weapon” is intended to create fear in order to mislead the public and advance a political purpose.  This is what marketing folks call the FUD factor — create Fear, Uncertainty and Doubt in order to sell products or ideas.

VPC forfeited its credibility decades ago.  From Sugarmann’s own words, he admits he intended to deliberately misdirect public officials and the public to achieve a political goal.  Sugarmann and the Left have forgotten how to blush.

None of the firearms that politicians and the anti-rights crowd wants to ban or have already banned are machine guns – and they know it.  But the term “assault weapon” is intended to create fear in order to mislead the public and advance a political purpose.

Wiki and other online sources note:  Sugarmann “has been credited with popularizing use of the term ‘assault weapons’.”

Years ago, I attended a Gun Rights Policy Conference in Washington, DC.  Sugarmann showed up uninvited and wanted to speak to the audience — 2nd Amendment supporters.  The audience and organizers were agreeable — and a reasonable person could wonder back then whether Sugarmann’s purpose was to provoke the audience as a publicity stunt.  If so, he must have been disappointed because we listened politely and there was a bit of Q&A.

But the single memorable surprise in his remarks was that Sugarmann admitted he was jealous.  He thought he should be Sarah Brady, who died years later in 2015 at age 73.  In other words, Sweet Josh Sugarmann made it quite clear that Sarah Brady held the spotlight of the anti-Second Amendment movement; and he resented her primacy and thought it should be him.  Altogether remarkable.

Meanwhile over on the PowerLine Blob, which readers describe as Conservative In Name Only (CINO), the one “gun guy” there (we think) — Lawyer John Hinderacker declared Biden’s so-called proposals as “trivial” in his post “Joe Biden, Gun Grabber.”

Time to go back and listen to Tucker Carlson who warned:  “Nothing the Democratic party advocates for is more dishonest than gun control … it is entirely fraudulent.”

As if on cue, SCOPE (Shooters Committee On Political Education), a grassroots 2nd amendment group in New York State had a very different assessment from Hinderacker of the PowerLine Blob (emphasis added):

“Last Thursday, in a speech intended to mislead rather than inform, President Biden took his first steps towards neutering the 2nd Amendment (2A).  Some of the left-wing media described the steps as “modest”.  That same left-wing media is optimistic that more gun control is coming since Biden said “much more needs to be done”.

The SCOPE statement concluded:
“Gun control is not about guns. Gun control is about who controls America and Joe Biden and the progressives are intent on controlling America.”

Feel free to share this link on social media and spread the word.  Meanwhile readers can contact me with questions (via the CONTACT button in the tool bar).  If you are a PowerLine reader who has been banned by Chief Hypocrite Scott Johnson, please contact me.  I am interested in your story.