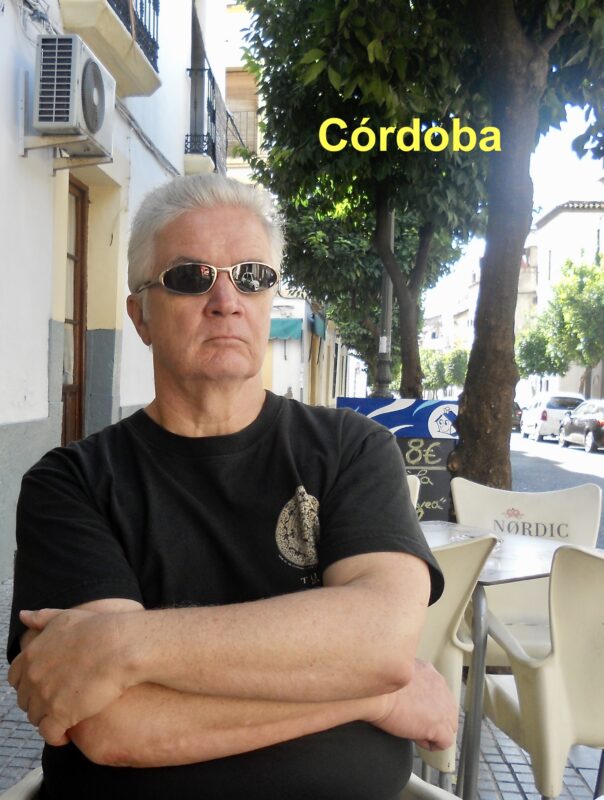 Scott Wynn Johnson of PowerLine Blob is the least self-aware person in the world unless we include James Comey.

In a recent post titled “A Personal Note on Walter Mondale,” Johnson pretends to offer a memorial of sorts on the occasion of Former Vice President Walter Mondale’s death the week before.

There is little Mondale in Johnson’s post and much Johnson.  His one-thousand-word essay is filled with Johnson’s trademark I, Me, My 43 times.  I previously wrote about Johnson’s tendency to memorialize himself while theoretically saluting others here.

Johnson also wants us to know he was a member of the student council at the University of Minnesota Law School; and greeted VICE PRESIDENT MONDALE (in 1978) with his Secret Service contingent.  Wonder if they let him touch their guns?

Johnson has no filter; he happily drags in family.  In a jumbled last paragraph of his post, he writes:

“When my youngest daughter graduated from college in 2015, we went to dinner with the family of her boyfriend (now fiancée). Former Ambassador to Rumania (1994-1997) Alfred Moses is his grandfather.”

In other words, Alfred Moses is the grandfather of his daughter’s boyfriend (now fiancée).  (Headlights flashing!!  Horns blaring!!)  By the way, Moses, like Johnson and his fellow colleagues at PowerLine Blob are Dart Mouth grads (Paul Mirengoff, and John Hinderacker).  If you’re expecting Johnson to show familial pride in his daughter — you are overestimating Johnson’s character.

Johnson dumps his youngest daughter so he can focus on his key message — Scotty connects with elites.  Johnson ends his post not with his granddaughter but with the elites:

“Former Ambassador to Rumania (1994-1997) Alfred Moses is his grandfather. In the Carter White House he served as special counsel and special advisor to Carter as well as lead counsel to Carter in the Billygate hearings. I asked him whom he respected most among his colleagues in the Carter administration. He answered without hesitation: “Fritz Mondale.” RIP.

Did readers appreciate Johnson’s self absorption?  You decide.  Since the day it was posted, it received 65 comments.  In other words, BORING.

Reader comments, however, did not miss a beat.  For example, Reader tc says “Mondale was part of the group that ‘normalized’ calling conservatives fascists and racists….I don’t care if he did ‘have a great sense of humor’.  These powertool guys are elitists who never met a deep stater they didn’t revere….” 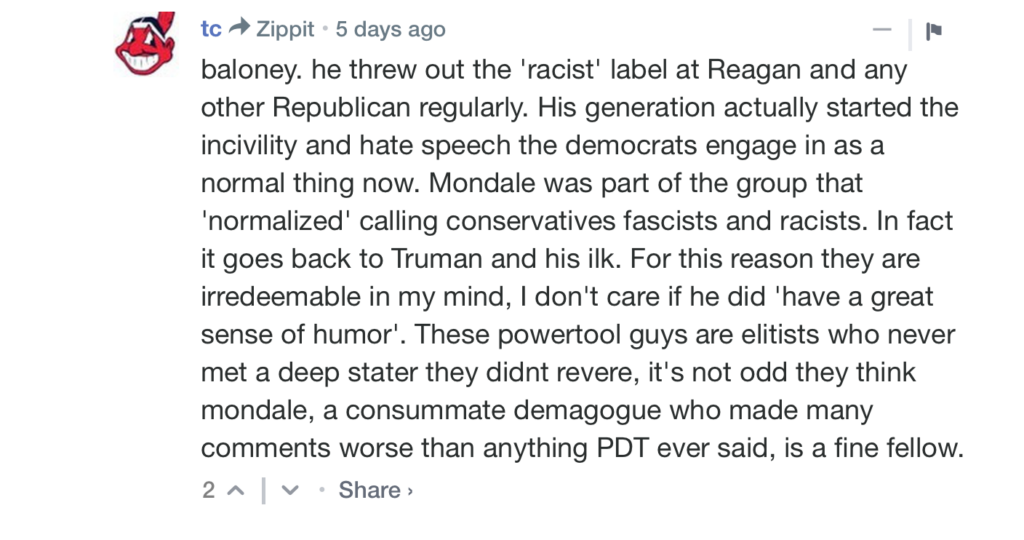 A reader identified as Mr S referred to the “pouty-faced writers at PowerLineBulwark”:

As readers have discerned, Johnson is a fraud, who presents an image he hopes will convey “breeding,” education, sophistication.  In fact, he is hoity toity, unsure of himself and nowhere near as smart as he pretends.  Worse, he’s a nasty little man.  When he drops his disguise, you see a pompous phony without an ounce of civility.  I have written about the real Scott Johnson here, here, and here, among other posts.

More fun to come with the Pouty-Faced writers at PowerLine.  Stay tuned.

Readers, writers, reporters, commenters should feel free to share this link on social media and spread the word.  Meanwhile readers should feel free to contact me with questions (via the CONTACT button in the tool bar.  If you are a PowerLine reader who has been banned by Chief Hypocrite Scott Johnson, please contact me.  I am interested in your story.